A Journalist, with a solid Publicity background, established experience working in entertainment and lifestyle media.

My fascination with the life and work of Hollywood Icon Tab Hunter began when he made a surprise appearance at London’s LGBT BFI Flare Film Festival in 2015 for Jeffrey Schwarz’s film TAB HUNTER CONFIDENTIAL. I was intrigued by his riveting life story and work in Hollywood’s golden era, at a time when if he had lived the lifestyle that he truly wanted to, his career and any future in the entertainment industry would have been totally destroyed.
Link to Story

How Can You Mend A Broken Heart?

Facing the inevitable, through acceptance and embracing the moment. I’ve been listening to a lot of The Bee Gees and Andy Gibb lately. The recent release of the documentary “How Can You Mend a Broken Heart”, which I watched with my family, left us bereft, happy, sad, even singing… taking us on a journey to the past through music, helping us recall happy and sad days, the loved ones who we dearly miss.
Link to Story

A man admired from near, a man admired from far, John Kennnedy Jr. was the dashing Prince of Camelot, a true heir to the fabled Kennedy throne, who lost his life all too early in 1999, leaving an unfulfilled destiny, an unfulfilled promise. In his life time, anyone who was anyone in powerful circles wanted to be a part of the enigma that surrounded him, being the son of John F.
Link to Story

There is no better time to visit the great City of Los Angeles and to experience the glamour, than during the glorious finale of the Awards season – here are some of our fabulous highlights : With impeccable service from the staff, the tastefully classy and residential feel of the enormous rooms, which are all suites also have their own balconies and spa-like bathrooms, making you feel like you are experiencing a veritable home from home.
Link to Story

Cary Grant - A Brilliant Disguise. Adventure was always on the cards, and it is was certain that he would seek to escape the confines of his birthplace Bristol. The charm, the charisma, the masculinity, the cool. So many stars of today from George Clooney to David Gandy have been influenced by his enduring style.
Link to Story

"Tough skin, don't take rejection personally. You must love what you do... find a USP" She is described as a future forward female, innovative and inspirational ... Singer, music producer and tech girl. Her music is sculpted from guitars, music technology, vox and vintage/inthebox synths. Great future plans lay ahead for this talntd artist.
Link to Story

The first song I ever remember hearing on the radio and loving was “Don’t Go Breaking My Heart” by Elton John and Kiki Dee. Everytime I hear that song, it evokes feelings of happy, loving and safe times in my childhood, days I took for granted at the time but miss terribly today. The release of “Rocketman” is like life and song coming full circle.
Link to Story

THE 63rd BFI LONDON FILM FESTIVAL ANNOUNCES FULL 2019 PROGRAMME. We were delighted to cover the closing film “THE IRISHMAN” – Sunday 13th October 2019. This masterpiece of a movie is a lengthy 209 minutes and there’s rarely a moment where The Irishman is burdened by this run-time, which owes a lot to its incredible lead stars, masterful direction and poignant storyline.
Link to Story

The Incredible Artistic Journey of Lincoln Townley By Jayjay Epega

The Beaumont Hotel: Oasis in the heart of a big beating city

The Beaumont Hotel is London’s West End’s hidden jewel. Tucked in a quiet corner moments from Oxford Street’s landmark Selfridges Department Store, this wonderful discovery has had a complete transformation by its owners the famed London restaurateurs Corbin & King. On a tour of the rooms which all feel very homely, you have a feeling that a very personal touch has been made to pull the whole look so elegantly together.
Link to Story

A great night for 76 The Movie at BFI LFF – Here are the pics! 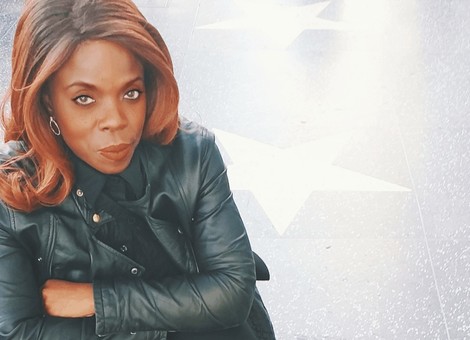